Can I Use a Baby Carrier in a Car? The Real Risk You Take

Some readers may cringe at the thought of merely restraining your baby in the car with a baby carrier, but few could say they haven’t been tempted at one time or another.

Moving children in an out of cars can be time consuming, and sometimes just painful. Especially when you are just driving around the corner.

Is it even worth it to strap this little one in properly?

If you are reading this post then you have no doubt asked the same question. No judgment from us as we have too… but the short answer is yes! Strap them in!

In this article we will look at why this parental shortcut is very dangerous, and will even show you some confronting footage of a simulated crash using test dummies that will turn you off this temptation forever.

Why Use a Baby Carrier in the Car?

The main reason anyone would do this is purely convenience. Being a parent is hard work and anything you can do to lighten the load is very tempting.

Stroller travel systems with car seat compatibility promise smooth transitions in and out of the car. But they are also heavy even with no baby inside and weigh an average of 9-10 pounds on their own.

Add the weight of a 10-15 pound baby, and your back and shoulder may begin to ache just thinking about it.

We are big on the benefits of babywearing as an alternative to stroller use, and lugging around a car seat carrier. It keeps you upright and hands-free, but it is a transition to go from carrier to car.

And what if they are asleep? Is it really worth waking them up and placing them into a seat when unsettled and upset?

Every parent can sympathize with the fear of waking a sleeping baby.

You may think it is just easier to leave her where she is (and it is!)… No arguments there, but is the risk worth it?

The truth is, there is no alternative to a properly fastened and fitted car seat when it comes to traveling by car with your baby.

Nothing else has a higher chance of saving her than her car seat, and restraints such as carriers or seat belts may even do more harm.

Danger Of Relying On A Seatbelt

While it may seem like an easy option to keep your baby out of a car seat on a short or safe drive, either being held, in a carrier, or buckled with you, none of these things can save her in the event of a car crash.

In order to fully understand the danger of relying on these things, we need to take a look at the physics behind a car crash.

In the event of a crash, objects within the car take on much more weight, which ends up equaling the weight of the object times the speed you were traveling. That means if your baby is a mere 10 pounds, and you crash going only 35 miles per hour, your baby will feel like 350 pounds in your arms.

No human being has the physical arm strength to hold that much weight while their body is being thrown forward during a crash, nor are baby carriers made to hold that much (with the majority of them maxing out at 25-30 pounds).

With that much weight and the force of the crash, the carrier will break apart immediately and your baby will fly out.

By looking at these two videos, you can see how holding your baby or using a carrier during a crash is highly dangerous and life threatening.

If that didn’t scare you, then this one will… Upon reviewing the physics, we can now also understand how fastening a seat belt around you and your baby is also highly dangerous.

If your body takes on the weight of the crash, your baby will easily be crushed between you and the seatbelt.

Is it Illegal to Have a Baby in a Carrier in a Car?

It would be so simple if there was a law that stated, “It is illegal to use a baby carrier as a safety restraint in a moving vehicle,” but unfortunately there is not.

So, we need to take a look at car restraint guidelines and state laws regarding child car seat regulations in order to determine the legality of this issue.

There are also many states that require the use of a booster seat until either the age of 8 or 60-80 pounds, depending on the state.

According to the CDC, there are also regulations as to the type of child restraint that is to be used based on the child’s age :

These should be used until the child is 2 years old, on average. The only exception to this is if the child outgrows the height or weight limit of the seat being used.

These should be used between the ages of 2 and 5, at least, or until your child has grown out of the height or weight limit of the seat.

The child should be at least 5 years of age before changing to a booster seat, and the seat being used should accompany the seat belt properly. The belt should lay flat on the lap (upper thighs) and across the chest (not neck).

Only when the seat belt fits properly — across the upper thighs and chest — can your child ride in a car without a booster seat. Seat belts are always to be worn in the back seat of passengers up to the age of 16-18 years old, depending on the state, and always in the front seat.

Any violation of these laws and regulations can result in a standard offence.

While the terminology may not seem severe, when the case inevitably goes to trial the verbiage will call this a “felony”, and it is punishable by more than one year in prison or possibly even death, depending on the case.

What About Public Transport?

Another problem that brings about the question of the use of baby carriers in the car is when it comes to public transportation. For those who live in city areas, the use of taxi cabs, buses, or trains is very common.

Unfortunately, these do not come equipped with car seats, and some cannot accommodate them.

For those parents, we do not have a precise answer for you, as laws regarding child restraints on public transportation are not as clear. Many buses and trains do not come fitted with seat belts, so taking along a car seat is out of the question.

Taxis, on the other hand, are just like any other car, and even though it may not be the most ideal thing, taking along a car seat when you need to take a cab is the safest thing to do.

While it may be easy to tell you just to avoid public transportation, we know that in some cases it is just not possible. If you do depend on public transportation to get around, whether it is running errands or taking your child to daycare on your commute to work, you may be able to get by carrying your baby in a pack with some peace of mind.

A recent study by the Victoria Transport Policy found that public transportation is much safer than your average ride in a personal automobile.

All in all, it is safe to say that proper child restraint seats are the safest way for a child to travel in a vehicle. According to the CDC, car seat use reduces the risk of death in infants under the age of 1 by 71%, and ages 1-4 by 54%. Booster seats and seat belts have also been known to reduce injury or death by nearly half in children and adults alike.

On the other hand, improper use or the absence of a proper child restraint causes more injuries and deaths in children. In the year 2015, 663 children under the age of 12 were killed in motor vehicle accidents, and in 2014 over 121,350 were injured.

Of those children who died in 2015, it was found that around 35% of them were not buckled, and on average 618,000 children ages 0-12 per year ride in vehicles unrestrained.

It is safe to say that the proper use of child car seats is the safest way to travel with your child in a motor vehicle, due to studies that show the statistics and physics of a car crash.

Your baby carrier should never be used to hold your child when riding in a motor vehicle, especially in the event of a crash.

After all, when you are advised not to jump around or exercise with a baby in the carrier, why would you wear it in a moving vehicle?

Questions or comments about baby carriers and cars? Let us know below so we can connect with you. And be sure to share this link with other parents who may be asking if it is alright to ride in a car with their baby in a carrier. 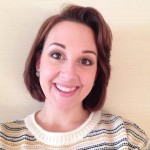 Author
Schianne T.
Hi, my name is Schianne, wife to my high school sweetheart and mother to a beautiful and clever little girl. I've always had a passion for all thing writing and literature, and motherhood has really allowed me to bring that passion to life. Experiencing how wonderfully challenging pregnancy and motherhood can be has made me want to share my story and tips with other mothers to help them realize two very important things: you are not alone and you are stronger than you think!