Postpartum OCD and Psychosis: What is it, and How to Manage It

Postpartum OCD (Obsessive Compulsive Disorder), is a mental illness that affects a small number of women (less than 5%) postpartum, but is a very serious condition that all women should be aware of before giving birth.

The postpartum period refers to the first 2-3 months after a woman delivers a baby. During this period, it is very common for women to suffer from acute mental illnesses that are brought on from drastic hormonal shifts such as the baby blues.

Upwards of 60-80% of all new mothers suffer from the baby blues for anywhere from the first few days to weeks postpartum. Symptoms of the baby blues do not warrant treatment and will go away on their own.

A smaller percentage, anywhere between 10-20% of postpartum moms will suffer from postpartum depression which is more severe, lasts for up to a year sometimes and requires mild treatment.

Postpartum OCD refers to obsessions that are seen in new mothers that usually revolve around fear or want to purposely harm the new baby. This type of psychosis requires doctor intervention and treatment.

According to the International OCD Foundation, there are two possible explanations for postpartum OCD, a biological model, and psychological model.

The biological model involves the extreme fluctuation of hormones that occurs during and after pregnancy.

Specifically, progesterone and oxytocin are in extreme flux immediately postpartum and oxytocin is linked to serotonin production which is a neurotransmitter that has a role in OCD.

This model is not very well tested however and does not explain why obsessive tendencies revolve around harm coming to the infant rather than obsessions such as hoardings, contamination or order.

It also does not explain the fact that postpartum OCD has also been known to occur in a low number of new fathers as well.

The psychological model was developed by Dr. Nichole Fairbrother and Dr. Jonathan Abramowitz.

They believe that postpartum OCD begins when new parents experience an unwanted thought related to the infant such as thoughts of the infant choking and not being able to save the infant because they never took the CPR class, and they attach deep significance to this thought.

These doctors believe this has to do with the rapid increase in responsibility causing an extreme level of anxiety. This anxiety leads to ritualistic, or obsessive compulsive thought patterns and behaviors.

The symptoms of Postpartum OCD can differ greatly from mom to mom; however, there are many common obsessions and compulsions that are seen in most mothers.

Most women with Postpartum OCD also have Postpartum depression and may have all or most of those symptoms as well.

Postpartum OCD is often misdiagnosed as being only depression because many new mothers are afraid and embarrassed to admit their obsessed thought about their children.

If you have any obsessions or compulsions like the ones listed below, make sure to divulge these to your health care provider to ensure you get proper treatment.

Can Fathers Be Affected too?

Dads are often left out of the conversation surrounding postpartum mental health challenges. While symptoms are less common in men than women, it remains a significant portion of new fathers.

A 2010 study found that one in ten experience some form of postpartum anxiety or depression. Which can progress to OCD and psychosis with similar symptoms and behaviours.

This can manifest into fear of hurting the baby physically, a severe distrust of the mother with simple tasks like bathing the baby, and even an inexplicable question over the biological legitimacy of the baby.

When you begin to feel symptoms of depression, baby blues, or postpartum OCD, you should let your healthcare provider know, especially if the feelings do not go away after a few weeks postpartum.

Your OB/GYN can make a recommendation to refer you to a mental health care provider if he believes you are suffering from postpartum OCD or a severe case of Postpartum depression.

Most Psychiatric centers and individual mental health care professionals can offer individual or group therapy sessions and many different treatments.

If you are diagnosed with Postpartum OCD, there are treatment options available to you that are outpatient based and work on challenging the validity of the thoughts you are having. This type of therapy is called Cognitive Restructuring.

A Cognitive Behavioral Therapy known as Exposure and Response Prevention, or ERP, is a very common method of treating OCD and is used to treatment postpartum OCD as well.

If you are only dealing with the obsessional thought patterns and not the compulsions, there is another treatment method called imaginal exposure that involves journaling and story writing based on your obsessions and then using those stories in ERP sessions.

One of the most frequently used methods, and also known to be the most effective, is Mindfulness Based Cognitive Behavioral Therapy.

This treatment helps patients accept uncomfortable psychological experiences in a nonjudgmental way. This helps moms be able to experience their feelings without reacting to them or trying to control or make the feelings go away.

We learn to accept that the feelings are there, and then move on. This is a vital coping skill that will eventually make these feelings dissipate on their own.

There are also medications that can be used to treat postpartum OCD that use serotonin reuptake inhibitors to help balance your hormone levels.

These are usually taken in conjunction with CBT therapy; however, the risks to fetal development and infant that are breastfed is not well known or tested.

One thing that is important to realize about Postpartum OCD is that women that suffer from this disorder have a very LOW chance of ever actually harming their child.

Although they have strange, bizarre, and often violent thoughts about hurting their children, they are often horrified by these thoughts and engage in behaviours to push these thoughts out of their minds, often worrying themselves to the point of obsession.

i.e. checking on the baby numerous times throughout the night, compulsions such as throwing out all the knives in the house etc.

With Postpartum Psychosis, violent thoughts are not disturbing to the new mom and start to become acceptable to her.

The thoughts may become part of her world view and seem normal or relevant to her.

Delusions are often part of these violent thought patterns and moms experiencing postpartum psychosis may no longer be able to tell reality from their delusions anymore.

Postpartum Psychosis is dangerous and requires much more extensive and often time, inpatient, treatment to ensure the safety of both the mother and other family members.

This honest account of what it is like can help provide some context of what this transition is like, and the experience that comes with it.

There are a number of free helplines that can offer assistance to anyone who is experiencing symptoms. This can be in the way of advice, or emergency response if required.

It is just as important for partners and support people to be aware of and utilize these resources and seek out assistance.

If you watched the video above you may have picked up on the phrase “those other women.” This is how all of us would feel.

This goes to show how hard it is to comprehend the state of mind that would lead to some of the behaviours and thoughts that we have discussed in this article.

No one sets out to feel this way, and it can happen to anyone. It is important that all new Mothers are aware of this so they know the signs and the causes, and can also share experiences and recognize signs in others. 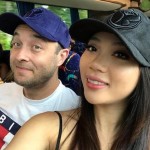